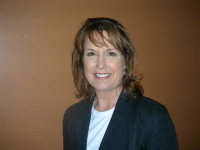 Linda West has been a licensed real estate agent since 2009. Linda has lived in Dooly County all her life where she has been involved in the agricultural industry. She has also been highly active in the local community including serving on the Board of Vienna Mainstreet, serving as the past president of Georgia Cotton Women, and singing with The Sounds of Celebration. Linda spent the 1980s involved with Fullington Academy following her boys in all their activities. During that time, she served as President and Secretary of the PTO, cheerleading sponsor and worked in the Learning Center for many years. Linda is an active member of the Vienna Methodist Church where she sings in the choir, teaches Sunday School and is presently Chair of the Administrative Council.

In her free time, Linda enjoys working in her yard and also works part time at the Vienna Flower Shop. She has been married to Bob West for 54 years and has been blessed with 3 sons, 3 grandchildren and 1 great granddaughter.
(C) (478) 244-9128
lindanrc47@gmail.com

Heath Hamilton has been a licensed real estate agent since 2009 and received his brokerage license in 2015. Heath is a fourth-generation real estate broker for National Realty Company. He received his Bachelor’s in Business Administration- Management from Georgia Southern State University in 2008. He is a lifelong resident of Crisp County and is very involved in the Cordele-Crisp community.

Heath is currently serving as vice president of the Crisp Area Board of Realtors as well as on their Finance Committee. He serves on the Board of Directors for the Cordele/Crisp Chamber of Commerce and is the past vice president of the Small Business Development Committee. Heath also serves on the Board of Directors for Crisp Regional Hospital where he is also Crisp Regional Hospital PFAC Member, Crisp Regional Foundation Board Member, and CRH Building Committee Member. Heath is a legacy member and Sargent in Arms for the Rotary Club. In 2018, Heath received the Cordele Dispatch People’s Choice Award for Best Real Estate Agent.

Heath and his wife, Genie, are the proud parents of Livvey and Payton Hamilton. Heath and his family are members of the First United Methodist Church in Cordele.
(C) (229) 938-2794
heathnrc@bellsouth.net

Jenna Rogers Hobbs is the 4th generation of family to join National Realty Company, which was founded in the 1940’s by her great grandparents Lee and Oma Ivey, later operated by her grandparents Jack and Miriam Hamilton and now by Jack Hamilton, Jr. Jenna became a licensed salesperson with National Realty Company in 2003 upon her graduation from Georgia Southern University with a Bachelor of Business Administration in Finance. In 2006, she became a licensed Associate Broker with the company.

Jenna and her family enjoy camping and are active with their daughters in travel softball, school functions and sports.
(C) (229) 322-9379
jennanrc@bellsouth.net

Jan Moore has been a licensed real estate agent since 2004 and has been with National Realty Company since January 2009. Jan grew up in Wilcox County, where she still lives today with her husband, Larry. She has served as the past chairman of the Pineview Centennial Celebration. Jan is also a member of Friendship Baptist Church. Jan has two daughters, Regina and Laurie, and three grandchildren, Morgan, McKenzie, and Kiersten.
(C) (229) 406-2313
jan@nationalrealty-cordele.com